You are at:Home»News Pages»E-Headlines»Muscle Building with SARMs – Is It Safe or Not: Everything You Need to Know
By CBN on September 12, 2019 E-Headlines

SARMs, also called selective androgen receptor modulators, are popular synthetic performance-enhancing drugs that are quite similar to anabolic steroids. They can mimic the effects of testosterone in the bone tissues and muscles by binding to certain cellular androgen receptors without causing significant damage to the organs. 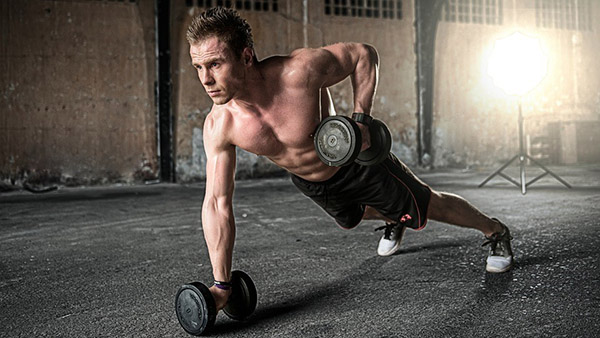 When they bind with certain receptors, they are able to get rid of adverse side effects that are closely associated with steroids. Instead, people are able to enjoy the perks of these drugs.

It is crucial to remember that the FDA hasn’t approved the use of SARMs. They are still undergoing clinical trials in hopes of being used as an alternative to harsher hormones/drugs that are present in the market. Until the clinical trials are successful, they are not going to be easily accessible.

It can be a difficult question to answer because they aren’t legal. The World Anti-Doping Agency also banned it in 2008. However, they are sold legally in the form of ‘research chemicals’. Therefore, only scientists will be able to buy the drug.

However, most of the ones sold online haven’t really been tested in a lab. But they are still widely added to athletic, bodybuilding, and fitness-focused products.

How Do They Work?

Testosterone is a kind of hormone that is known for supporting the masculine characteristics, such as body fat losses, muscle growth, facial hair, deeper voices, etc. The hormone is able to achieve this when it binds with the androgen receptors, which then converts into DHT (a hormone), and then transforms into estrogen, which later binds with the receptors present on cells.

In most scenarios, our bodies are able to deal with these levels. But with age, the testosterone levels start dropping.

Because of this reason, SARMs are quite popular because they have the potential to mimic the hormone testosterone and bind with the androgen receptors. When it happens, the cells have an abundance of androgens, which makes sure that all receptors are available for sending messages to the muscles for recovery, growth, and development.

Why People Use Them?

SARMs came into existence because it was meant to help cancer patients and elderly people who have to deal with muscle diseases and wastage, such as chronic fatigue, anaemia, and osteoporosis.

The scientists thought that they would act as a healthy alternative to traditional testosterone replacement therapy. During the clinical trials, the scientists were able to realize that SARMs had the potential to fight disease and obesity, which would improve joint and bone health, increase appetite, and reduce muscle wasting.

Because of this reason, SARMs became hugely popular among bodybuilders and athletes for enhancing muscle mass, boosting strength and physical endurance, and cutting fat. If you are interested in trying these products, SelectSarms is one of the places where you will find quality products.

As discussed earlier, SARMs can mimic the activities performed by the hormone testosterone by binding with the androgen receptors. They help in –

SARMs are able to achieve the same kind of results has steroids, but in a lesser degree and with fewer side effects.

What Are the Side Effects?

SARMs may not be all nice, similar to any kind of product. Some of the side effects are discussed below.

We may be using the term suppressive many times, but it is no way close to the anabolic steroids that suppress natural testosterone production. In most cases, the changes are slight.

If SARMs are administered at high doses, it could result in –

Our biology is quite different from that of mice. Therefore, the risks haven’t been confirmed on the human body yet. Consequently, it is important to hear both sides of the story to understand whether SAMs are safe or not for use.

It is essential to understand that genuine SARMs are still undergoing clinical trials and are illegal to access. But, SARMs products are still available in the market. They are definitely safer than steroids as they can promote fat loss, recovery, and muscle mass gain with fewer side effects.