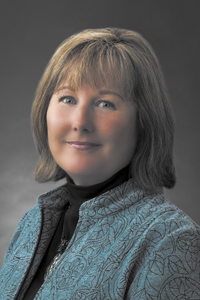 Economic Development for Central Oregon (EDCO) announced the hiring of Brown to head up business and economic development efforts for Jefferson County and the communities within its borders. The program is a partnership between local businesses, the cities of Madras, Metolius and Culver, Crooked River Ranch, The Confederated Tribes of Warm Springs, Jefferson County and EDCO.

In this role, she will be managing recruitment efforts to attract new companies, working to help local traded-sector companies grow, and coordinating with ongoing industry development efforts in within the county’s borders.

Mid Oregon Personnel conducted the professional search on behalf of EDCO for the Economic Development Manager position. A local group of business and government leaders within Jefferson County formed the hiring committee for EDCO that reviewed and interviewed finalists. “From a strong, multi-state candidate pool,” said Greg Lambert, Owner and President of Mid Oregon Personnel, “Janet emerged as the most qualified applicant. We’re fortunate to have a leader of her knowledge, depth and proven commitment to Jefferson County and Central Oregon in this position.”

A small business owner in Madras for the past 32 years with her husband, Brown also brings considerable local, state and federal government experience to the position as a former County Commissioner, former Madras City Councilor, local field representative for U.S. Senator Ron Wyden, and coordinator for the Governor’s Economic Revitalization Team under Gov. Kulongoski. Her most recent professional experience has been in the non-profit sector as Policy Director for the Partnership to End Poverty, which she is leaving to accept the position at EDCO.

“Janet is a great addition to the EDCO team and a real asset for economic development in Jefferson County,” said Roger Lee, Executive Director for EDCO. “In her first three months, Janet will be focusing her efforts in meeting with businesses to better understand their needs and challenges while identifying opportunities for growth.”

No stranger to economic development, as a volunteer Janet has focused her time and energy on local and regional efforts that will make a difference in breaking down barriers that government may inadvertently create for business to create jobs. Since 2000 she’s been a Senior Fellow with the American Leadership Forum, served on the Jefferson County Economic Development Advisory Board for much of the past two years, and chaired the Workforce & Economic Development Committee of the Jefferson County Open Campus Education Council.

Britt Spaulding, General Manager of Round Butte Seed and current chair of the Jefferson County Economic Development Advisory Board noted “with economic conditions continuing to be challenging, there are high expectations—for the program and Janet’s work—to bring about good things for local economy, so we are eager for her to get started.”

About Economic Development for Central Oregon

Economic Development for Central Oregon (EDCO) is a private non-profit corporation founded over 30 years ago and dedicated to building a vibrant and thriving regional economy by attracting new investment and traded-sector jobs (manufacturing, professional, headquarters and high technology businesses) through marketing, recruitment and substantive assistance to existing companies. Learn more about EDCO at www.edcoinfo.com.