You are at:Home»News Pages»E-Headlines»Things About Solar Energy Everyone Should Know
By CBN on June 19, 2020 E-Headlines

The consumption of non-renewable resources like oil and gas have been increasing at an alarming rate. This is depleting finite resources and also having adverse effects on the environment. These include damaging the ozone layer, causing climate change, and global warming. The time has come to switch to a better energy source. At the moment, the best option is solar energy.

After years of development, the solar energy industry has become very popular. Solar power projects are being preferred over fossil fuel projects all over the world. Solar energy is cheaper, eco-friendly, and does not deplete any finite resources. All the power is generated from the sun and transformed into electric and thermal energy.

Here are a few things you should know about solar energy: 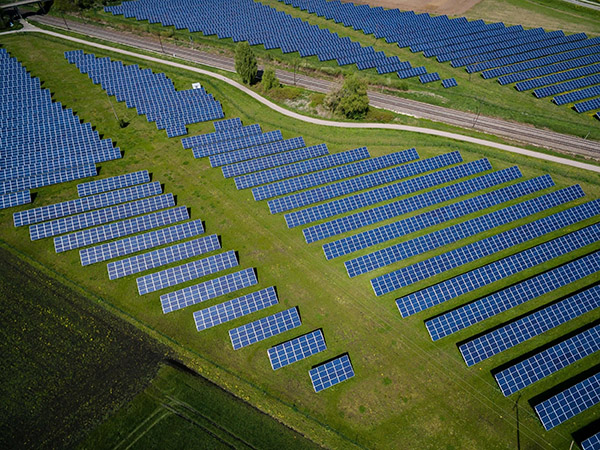 Technically, the use of solar energy tracks back to as early as 7th century B.C. The use of a magnifying glass to focus the energy of the sun on dry wood to light fires is a very old practice. Some people believe that the technique dates back to ancient Greek and Roman societies.

However, the first solar cell that could generate electric energy from solar energy was developed in 1954. It originated in Bell Labs and was designed by scientist Daryl Chapin, Calvin Fuller, and Gerald Pearson. The solar cells and panels have come a long way since then.

Today’s solar panels are not just capable of generating electricity from solar energy but can also store the generated energy.

The biggest advantage of solar energy is its abundance. The solar energy that hits the earth in a single hour is enough to fulfill humanity’s energy needs for a year. This means that every drop of oil, every lump of coal, and every foot of natural gas can be left in the ground.

To put things into a better perspective, if the Mojave Desert was covered with solar panels it would generate twice as much electricity as the U.S. uses annually. Some countries have shifted towards this energy source, powering up the street and road lights with solar energy, thanks to solar street light manufacturers. Some have taken a bigger leap and started to generate commercial and residential electric energy from solar energy.

Solar energy is an eco-friendly alternative to electricity created from fossil fuels. Fossil fuels are not only non-renewable but also emit harmful gases when processed. This makes solar energy a wise and responsible choice.

Even though we think of fossil fuel oil and solar energy as two different things, they are somehow connected. Everyone is familiar with the concept of photosynthesis but not everyone knows that this process also helps generate fossil fuels.

We associate the photosynthesis process as a way for plants to feed off of the sun. However, when plants are converting solar energy into chemical energy they are also helping in the generation of fossil fuel. The majority of fossil fuels being used right now are generated from the trees and plants buried in the ground years ago. The use of fossil fuel was low at one point and the amount generated was more than enough. But now the demand is increasing day by day and that is the reason for an alternative.

We can sum up the importance of the water cycle by saying that it makes it possible for plants and animals to get clean and safe water. Solar energy plays a big part in helping complete the water cycle.

The earth and oceans absorb solar radiation and their temperature rises. Warm air rises from the oceans causing convection. When this warm air rises high enough, clouds are formed due to the condensation of water vapor. These new-formed clouds then cause rain that brings the water back to the earth’s surface. Thus completing the water cycle.

There is a misconception that solar panels cannot generate solar energy if the weather is not sunny enough. However, the modern cells and panels are capable of doing so even on cloudy and rainy days. The amount of output will go down a little bit but still enough energy can be generated to power your household.

Another thing that sometimes worries new users of solar energy is excess energy. People wonder what will happen to the excess electricity and whether it will cause any damage. There is a simple solution to this. You can provide the excess electricity to the nearest eclectic grid of your town. This will not only increase the output of the grid but also provide you a credit on your electric bills.

Solar energy is the future of generating electric and thermal energy, especially for household usage. Every year the sun beams enough energy towards the earth to fulfill all the needs. As of now, only one-tenth of that energy is being used but the possibilities for the future are mind-blowing.

The bottom line is that the solar industry is picking up the pace and the trend is showing no signs of slowing down. We hope the whole world can switch to the better alternative which will not only fulfill the needs but also help protect our environment.