The Court’s mediation program, established in 1994, resolves in excess of 65 percent of small claims cases and 90 percent of landlord-tenant cases that participate in mediation.  When parties mediate and reach a mutually agreeable resolution, not only are they more satisfied with the outcome, but they are more committed to abiding by the agreement.  And, mediation saves both litigants and the court system time and money.

Chief Justice Martha Walters is scheduled to speak at the anniversary celebration, which will recognize the more than 50 volunteers who have served the program since its inception.

Melamed has been mediating in Oregon since 1983 and is CEO of the most visited conflict resolution site in the world.  He will share a number of the most effective approaches for assisting people to reach agreement.  When confronted with conflict, the basic choices are “fight, flee or figure it out.” Jim will share valuable approaches to “figure things out,” and not barely, but optimally. 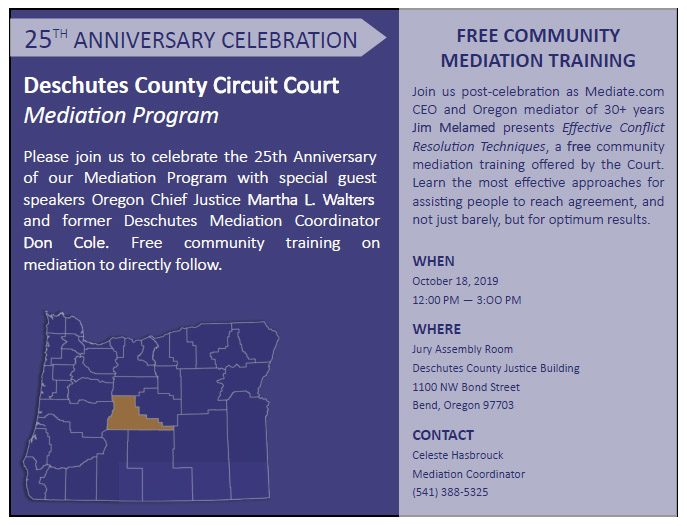