You are at:Home»News Pages»E-Headlines»Simplicity and Ornamentation in a Silver Horn with Gold Snake Final – Part of Vasil Bojkov Collection
By CBN on February 1, 2019 E-Headlines

The world-famous collection of over 3000 artefacts owned by Vasil Bojkov, the most popular Bulgarian businessman and collector of antiquities, is an abundance of pieces of different shapes, craftsmanship incorporated in them, combination of materials, and much more. Some of Bojkov’s ancient artefacts are plain beauty, literally, even without any decorations. Others compensate the lack of ornamentation on some parts of the body of the particular vessel with interesting details on another part of the same vessel. And one such piece of contrasts is a silver horn with a beautiful final made of gold. 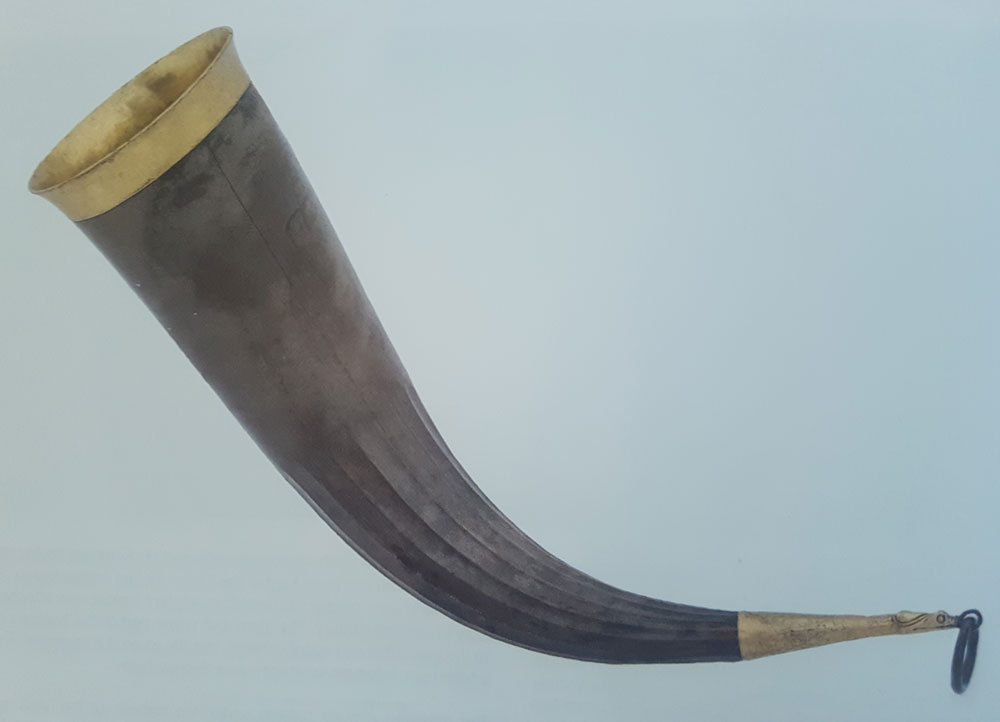 Although bigger portion of the horn is undecorated, the terminating bit of it somehow manages to offer a certain compensation for the matter. The top of the horn represents gold band that covers the interior as well as the exterior of the rim. Despite the fact that it is simple and lacks any decorations, this simplicity changes into subtly ornamented part – there are 16 flutes that cover the lower half of the horn. However, the most interesting part of this piece is the gold part on its tip which finishes with a snake’s head. The snake head is connected to the horn via conical element that is covered with chiseled scales. The head of the snake itself is adorned by two protuberances on the back in the shape of drops, round eyes, and a mouth that is indicated by a straight line. A silver wire loop comes out of the snake’s mouth, with a silver ring passing through it and hanging. 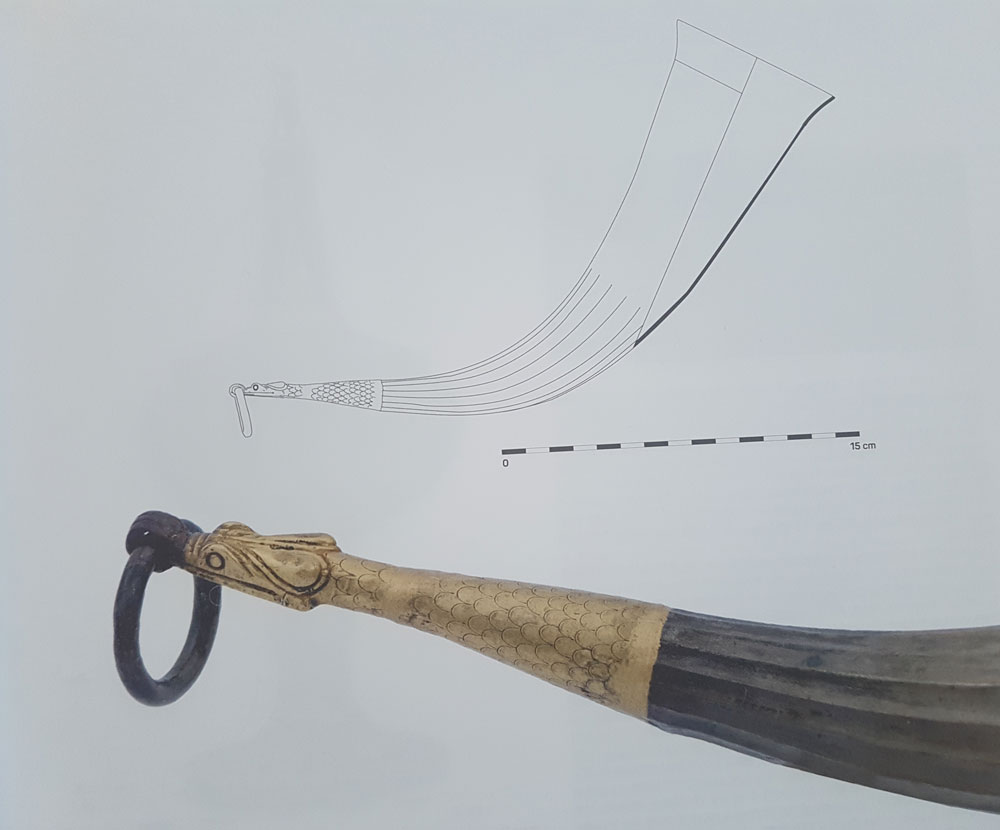 Interestingly, this final of the horn in the shape of a snake shares some common things with gold and silver jewelry discovered in Thrace and Macedonia. On the other hand, the drop-shaped motifs on the back of the snake’s head also share some similar traits with those decorating the snake heads of two other gold bracelets found in the Kukova tumulus in Duvanli.

One quite interesting fact is that the horn from VBC is thought to be the missing link in terms of how the shape of these horns changed over time. In other words, it shows how a simple drinking horn evolved to a horn with a small animal head final. The latter also changed even more in the 4th century BC, but it never truly had the same function as that of a real rhyton that was produced with a secondary orifice.

A story by Aeschylus, an ancient Greek tragedian, goes on to say that Perrhaebians drank from silver horns with golden rims, similar to VBC exemplar. Nevertheless, drinking with horns was understood to be a custom typical for Thracian people, according to Xenophon (an ancient Greek philosopher, historian, soldier).

Finally, the silver horn that belongs to Vassil Bojkov’s collection is suggested to have been made in a workshop in Macedonia or in a Greek colony in Chalcidice. The year of making is around 500 BC.