You are at:Home»News Pages»E-Headlines»Virtual Reality Set to Take Over Your Life by 2020
By CBN on May 4, 2017 E-Headlines

(Photo above | Pexels)
Remember where you are when you read this – because it will no doubt be a watershed moment in years to come: Virtual Reality is the future. Imagine everything that you could tell yourself 20 years ago about technological improvements, in 20 years’ time you’ll be screaming at yourself that virtual reality is the new reality. According to SuperData research, by 2020, the virtual reality market will be worth 20 times what it was worth in 2016. Specifically: $37.7 billion. With 44% of people reportedly interested in virtual reality, 43 million active VR users worldwide, and more than 12 million VR headsets expected to sell in 2017, the size and scope for the technology is expansive. But with only 26% of people having used a VR headset, there is still a long way to go to introduce the world to the new way of living.

Virtual reality’s boom could be thanked partly to Oculus Rift, the hardware that revolutionized how we think about VR. Despite some teething problems, Oculus Rift will be synonymous with VR technology. With 3.6 million sales of Oculus Rift units for 2016 – up from 56,590 units shipped in 2015 – the rise of VR arguably came from the brand awareness and cultural success of the product. The ironing out of issues early on – such as late releases and bugs – has paved the way for VR technology to step out of the hazy shadow and into the light. As Oculus’s competitors have begun to emerge – with the likes of Samsung (as we previously reported on the merging of virtual reality with celebrity humor for an Oscars’ ad spot), Google, Sony PlayStation, and HTC releasing VR headsets to accompany their devices – VR has itself emerged as a playing field that every major tech company should be capitalizing on.

A VR Boom in the Gaming Sector

The most obvious area of expansion for VR is the gaming sphere. HTC’s Valve reportedly had more than 100 million PC gamer users in 2015 alone and there are even more immersive environments like those created by the Virtuix Omni. The platform – available for people to experience full-body VR gaming – is not yet available for individual purchase but can be tried at commercial arcades, and it shows the way that gaming technology is heading. You know that trust is high in the product when you learn that billionaire investor Mark Cuban joined a $3 million investment in the platform back in 2014.

While we have a taste of VR platform gaming, the next best thing before it becomes accessible to the masses is live streaming. Online gaming viewing platform Twitch has made live streaming global and boasts 9.7 million daily active users who stream or watch multiplayer online games like League of Legends or multiplayer first-person shooters such as Counter Strike: Global Offensive. In the iGaming sector, the likes of Betway offer live casino experiences, which harness the futurism of VR without requiring extensive software and hardware – players can interact with live dealers in games of blackjack or roulette. And of course Facebook has just dealt a blow to Twitch by allowing all users to live stream from their desktop site, which is meant to attract a broader audience to their News Feed. 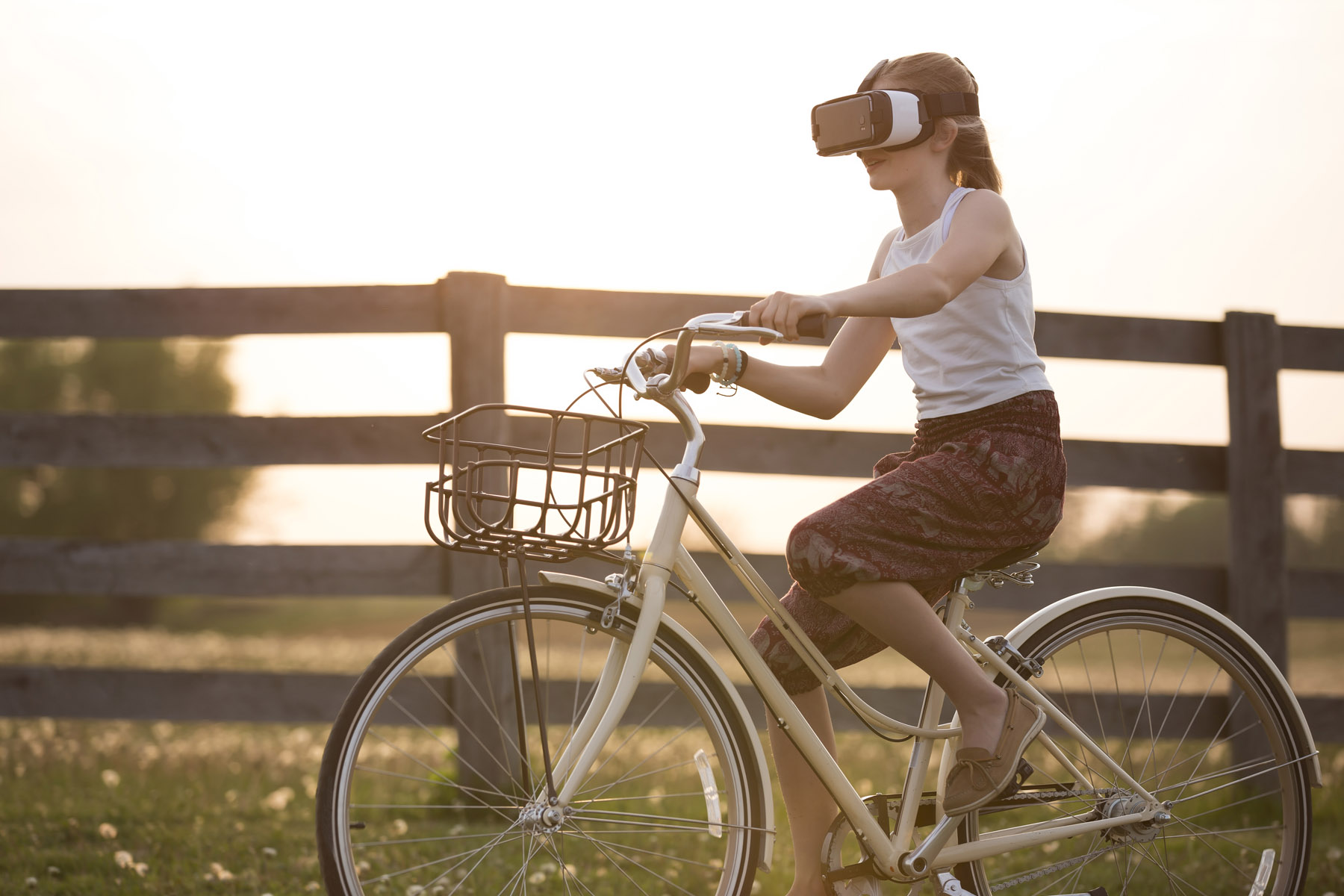 The Many Faces of Virtual Reality

VR isn’t just limited to gaming. The Icaros platform enables people to exercise in virtual reality. Billing itself as an exercise machine, Icaros has traded the treadmill’s TV for a VR headset – and the elliptical footholds for a full body harness. As you move through the games you play, your body moves, harnessing the power of VR to achieve fitness goals. By utilizing the fun aspects of VR, exercise has become more appealing. Yet with the products costing $8,000, it’s unlikely that the average gym-goer will have the chance to use one just yet.

The office revolution – ping pong tables and food and drink deals shared among an entire pen of people – was set to change the way work was undertaken. Research indicates that the open space offices do little to increase productivity – and Forbes found that people spend less than 60% of time actually at their office, resulting in lost revenue in unnecessary designs. Instead, some companies have started to opt for VR offices. They offer the privacy needed for solitary work, while also fostering a communal atmosphere – if people want to embrace it. VR could therefore change the mundane and tedious parts of someone’s day into a more enjoyable experience by making a VR game out of going to work.

The most pressing plus point of VR is the ability to feel like you’re somewhere, without actually being there. Which explains why real estate companies are snapping up the tech to provide bespoke solutions to their customers – without having to trek around town looking for that duplex. VR Global professes of their ability to enhance the entire house experience – from the building, to the interior design, to the showing round of prospective clients. By revolutionizing the house-buying process and speeding it up exponentially, the housing market could potentially hit a period of growth. Jason Darcy, Halstead Property data scientist, even goes as far as adding scents of lemon and baked bread in the room of the VR tech to fully round out the real estate experience. The same logic applies to touring universities – prospective students can get a feel for their new campus without having to trek the sometimes hundreds of miles to get there.

The prospects of VR are almost too exciting to consider. Going on a date? Go in VR. Doing jury duty? Do it in VR. Sitting an exam? Do it in VR. The real pull of VR is the possibility of making into a game every aspect of life. While we still have some ways to go, the virtual reality future is like virtual reality itself – almost within arm’s reach, but not quite there – yet