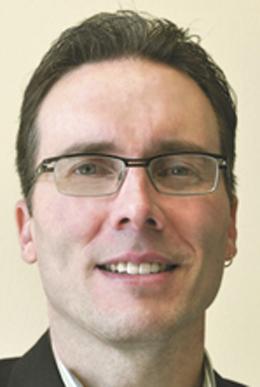 Brainstorming has occupied a place of honor in the field of idea generation. If you have participated in a brainstorming session, you know the primary rule: no idea is a bad idea. Brainstormers are free to express any thought, no matter how far-fetched or tangential, in the hopes of making a “home run” suggestion or at least inspiring the collective solution to a problem.

Author Jonah Lehrer, in a New Yorker article published earlier this year, sees brainstorming differently. Lehrer debunks the effectiveness of traditional brainstorming sessions, noting that research conducted since the term “brainstorm” was coined in 1948 contradicts the expectation that the most innovative solutions derive from groups uncritically bouncing ideas around a room.

As it happens, in the right conditions, both are correct. We should acknowledge the inherent creativity of a single person, but still respect the power of brainstorming under the proper conditions. Therefore, what conditions are required to harness brainstorming’s power?

Seek Diverse Points of View. Managers often rely on the same advisors when problems arise. In many cases, however, familiarity breeds similarity. What is meant to be a productive brainstorming session instead produces the dreaded “groupthink”. To avoid groupthink, allow different perspectives into the discussion, even if those voices belong to staff or consultants with seemingly unconnected expertise.

Some of the most innovative scientific breakthroughs have been the result of a chance meeting (and discussion) between two or more scientists from different scientific fields. According to Lehrer, “…the most interesting mysteries lie at the intersections of disciplines.”

Embrace Debate. The most important new rule of effective brainstorming essentially tosses out the old rule. Studies support the notion that a healthy debate, which allows for constructive criticism, generates more potentially viable solutions than either individual efforts or traditional brainstorming sessions.

Our brains engage when evaluating the quality of other ideas, and are consequently inspired to think of a potentially better idea. Therefore, when judgment and critique are allowed into the brainstorming session, each participant works harder to offer solutions in comparison to other ideas, instead of just in addition to other ideas.

This doesn’t mean that it is open season on every idea generated around the meeting room. Daniel Sobol, a design strategist at Continuum, employs a “no, because” criteria during brainstorming sessions. According to Sobol, “No is a critical part of our process, but if you’re going to say no, you better be able to say why.”

Create the Right Space. The technological innovations that help bridge larger distances often lull us into a false sense of productivity. Yes, we can quickly address a problem by email, phone or video chat. However, the spontaneity and effectiveness of face-to-face interactions have been repeatedly demonstrated, from World War II defense system labs to the atrium in Pixar’s headquarters. Lehrer asked Darla Anderson, a producer on several Pixar films, about the Pixar atrium. When describing the effect of being “forced” to occupy a common workspace, she said, “I get more done having a cup of coffee and striking up a conversation…than I do sitting at my desk.” You can view a local example of a workspace built to foster conversation by visiting tbd advertising’s Loft.

Emphasize the Shared Goal. Brainstorming activity often produces a long list of random ideas that are just that—random! While randomness can ultimately lead to an innovative breakthrough, it can also be a sign that the session is too free-form and unfocused. In Sobol’s experience, focusing on a specific purpose reminds brainstorming session participants that they “are working together to move the ball down the field. Stressing the common good alleviates the need for a “winner” or “loser,” allows for constructive debate, and results in a successful team effort.

Group dynamics are at times frustrating, yet always fascinating. Encouraging a group to freely generate ideas that are discussed and debated can lead to more than simple improvements. The power of effective brainstorming can be spectacular.

Michael Hansen is a business instructor at COCC with a background in marketing and customer service. You can reach him at 541-383-7710.