You are at:Home»News Pages»E-Headlines»Legal Implications You Should Be Aware Of With Common Law Separations
By CBN on April 23, 2021 E-Headlines

In Canada, if you and your partner start living together, chances are, you’ll both end up with specific legal rights and responsibilities of that relationship, especially if you decide to end it. For that reason, it’s significant to understand the legal differences between being just roommates and cohabiting in a marriage-like union. 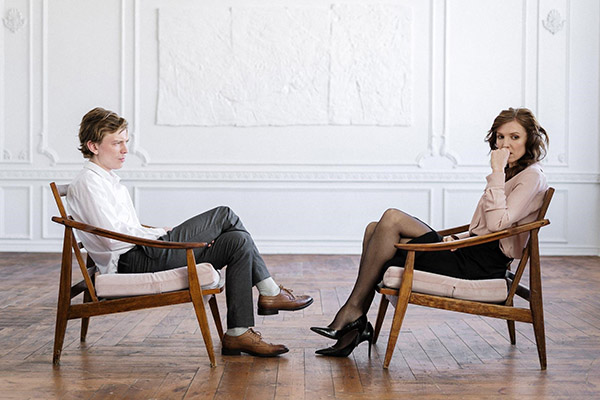 Photo by cottonbro from Pexels

Even though there are no legal actions that need to be taken, if you have joint purchases such as property and assets or have a child together, it is in your best interest to hire a legal professional. A family lawyer will help with the division of these assets and create a separation agreement that addresses your situation.

Property Rights For Common-Law Couples You Should Know About

Under the Family Law Act in Canada, some regulations only apply to common-law couples when property ownership is concerned. Nevertheless, the common-law legislations in Canada vary from province to province. For example, under the common law in BC, after you separate with your partner, each of you is entitled to 50% of each other’s growth equity.

It begins from the date they start cohabitating up until the separation date or the date of division of their assets. However, sometimes, in other provinces in Canada, common-law spouses don’t have the given right to equalize the net family assets or items purchased during the relationship. The split isn’t automatic, and one spouse has to bring a claim against the trust to apply an ownership interest.

If there is only one party on the proprietary, then it all goes to that person. In many common-law relationships on the territory of Canada, you get to keep everything that’s yours but nothing more. As stated above, there are equal measures that can be brought forward and be considered (if the situation earns it). The advice here is to discuss your case with a local legal professional to determine if you qualify for such measures.

Some Of The Other Rights Common-Law Couples Should Consider

The court will make the decision of support and custody based on the child’s best interests. In common-law relationships, spousal support is the same as in marriage as long as the couple falls under one out of the two different categories. The first one is if you and your partner have cohabitated for a minimum of three years, and the second is if you have a child together.

Finally, common-law relationships have rights to CPP pension credits depending on whether you and your partner have lived together for a minimum of one year or you are cohabiting to collect CPP and OAS benefits. When separated, as long as you have been with your partner for twelve straight months, you and your spouse can split the CPP contributions you collected during the time you cohabited together.

The separation agreement outlines all the rights and commitments the two parties have when they have lived together for longer than three years. If applicable, it includes all of the following:

A separation agreement must contain specific information regarding the issues the separating couple faces and needs to resolve. Separation agreements have significant and permanent consequences. Bear in mind that the terms you agree upon will shape your future finances, parenting agreements, and your overall lifestyle plans. 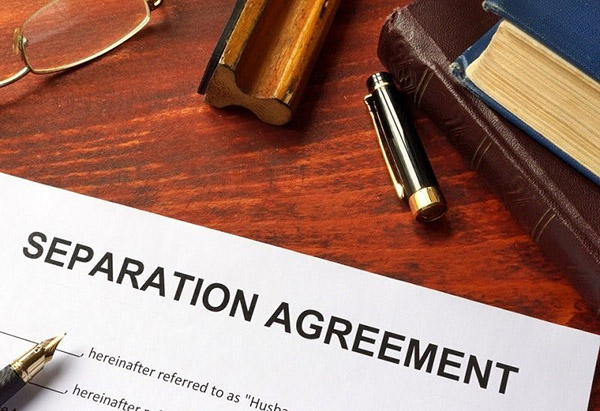 The Court Process Of Separation For Common-Law Couples: The Main Steps

Once common-law spouses separate and can’t agree on the issues they have to settle, they may ask a judge to decide instead of them. There are three main steps in the court separation procedure.

The separation court procedure starts when one of the spouses files an originating application in the court offices. It is a document that states the spouse’s demands, such as child support and custody, a decision about finances, or the couple’s assets. Meanwhile, the spouse can make an official application for a safeguard order. That’s an application for the judge to decide matters that must be settled immediately. The other party is officially notified of the application and served.

Presenting the Application To A Judge

A document called a Notice To Appear (NTA) is attached to the application. The notice informs the other spouse of the date when the application will be brought to the judge. An application for a safeguard order may be heard quickly. It can be made to a judge at least three days after it was sent to the other spouse unless there’s some emergency. The originating request has to be presented to a judge a maximum of ten days after the service.

The hearing occurs a couple of months after the originating request was filed. All documents have to be prepared before the couple can get a date for the hearing. At the hearing, the judge will carefully listen to both parties. Afterward, the judge has one month to come to a decision.

If you are going through a separation with your common-law partner, there are some legal implications you have to understand. Go through this article carefully to find out about some of them. However, the best is to hire an attorney that will help you through the whole process and legally support your case.