You are at:Home»News Pages»E-Headlines»NBA Star LeBron James Buys Into Red Sox
By CBN on March 25, 2021 E-Headlines

Tuesday was a big day for National Basketball Association superstar LeBron James. On the court, James posted a triple double – 22 points with 11 assists and 10 rebounds  – as his Los Angeles Lakers downed the Golden State Warriors 128-97.

There’s no questioning that James is a legend on the basketball court, one of the all-time greats to ever set foot on the hardwood. If you know how to bet on NBA games, you know that betting against James and the Lakers rarely results in a profitable outcome.

King James is more than a mere basketball icon, however. The man is the sum of many parts and now, he’s also part owner of the Boston Red Sox of Major League Baseball. The Boston Globe broke the story that James and business partner Maverick Carter had purchased a share of Fenway Sports Group, which owns the Red Sox, the 2018 World Series champions.

Oddly enough, by buying into Fenway Sports Group, James also gained a piece of the Boston Globe, as well as regional sports network NESN, which carries games of the NBA’s Boston Celtics. Fenway Sports Group owns both of those media entities. 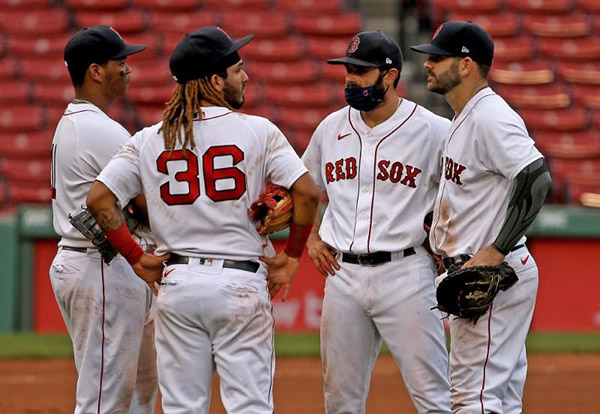 “Red Sox” by Matt Stone is licensed under CC BY 3.0

Changing Of The Guard

James and Carter are the first black partners in the Fenway Sports Group, which according to Forbes holds a value of $6 billion. The Red Sox alone are listed at a value of $3 billion.

Rich Paul, who serves as James’ agent, confirmed the purchase of the ownership stake by his client to CNBC, calling it a game-changing event for MLB.

“It’s breaking down the barriers,” Paul told CNBC. “You’re talking about a game that was once limited. Jackie Robinson and Roberto Clemente – guys like that people didn’t even want to play the game. The Negros had to have their own league to us now owning and representing in that business sector. It’s a testament to us continuing to evolve and not being complacent.”

Black players weren’t permitted in MLB until Robinson broke the color barrier with the Brooklyn Dodgers in 1947. In fact, the Red Sox were the last MLB to integrate, finally doing so in 1959 when Boston signed infielder Elijah Jerry “Pumpsie” Green.

Today, the Red Sox now have a black athlete involved in ownership of the team.

A Man Of Many Teams

The Fenway Sports Group also owns the Roush Fenway Racing team in NASCAR in partnership with stock car racing legend Jack Roush. That means James now also owns a piece of a team in NASCAR, another sport that’s not exactly overwhelming with diversity.

James owns a two percent stake in Liverpool. He paid $6.2 million for that share of the club in 2011. Utilizing metrics obtained from global accounting firm KPMG, the Boston Globe pointed out that Liverpool’s franchise is currently valued at $2.6 billion. Based on that assessment, it would mean that James’ $6.2 investment of a decade ago has grown to be worth $52 million today. 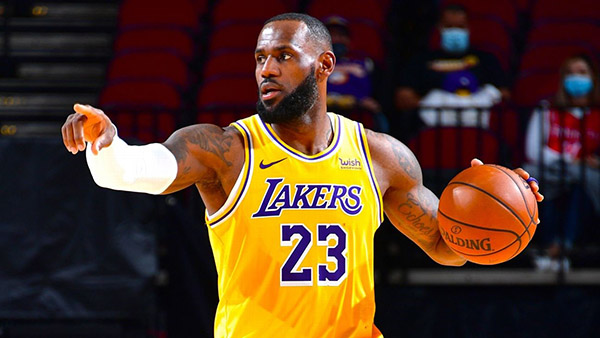 “LeBron James” by Getty is licensed under CC BY 3.0

NBA rules prohibit active players from owning one of their teams or a WNBA team. But such a move is definitely part of what James, 36, sees himself doing once his playing days conclude. He certainly possesses the capital to make it happen. Forbes estimates that James has earned more than $1 billion during his NBA career.

Paul confirmed to CNBC that owning an NBA team is definitely on James’ things to do list.

“I can’t wait for him to be on the other side as an owner.”

Though he couldn’t be part of the purchase himself, James helped former WNBA player Renee Montgomery assemble the ownership group that recently acquired the WNBA’s Atlanta Dream.

At the 2019 NBA All-Star Game, James professed to reporters his desire to one day take ownership of an NBA franchise.

“I believe if I wanted to, I could own a team or be part of a basketball team,” James said. “I know I’ve got so much knowledge of the game that I don’t want to, once I stop playing – I just [do not]want to get away from the game.”