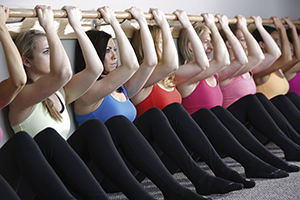 Pure Barre, a barre workout featuring an effective, low-impact technique, is opening its doors on Friday, June 20 at the Old Mill District located at 330 SW Powerhouse Dr. Ste. 150. The Bend studio, owned by local resident Erin Anderson, is the first studio of its kind to open in the state of Oregon.

Anderson, an art historian and Pure Barre enthusiast, quickly noticed the need for Pure Barre in the area after she moved to Bend in early 2013.

“The best part about Pure Barre is most anyone can do the workout. The concentration involved while taking Pure Barre allows you to block “life” out for the hour. A transformed body and a clear head in just one hour – it doesn’t get much better than that,” said Anderson. Pure Barre is the fastest, most effective, yet safest way to change your body. The 55-minute workout uses a low-impact technique, protecting joints by avoiding any bouncing or jumping. Each strength section of the workout is followed by a stretching section, in order to create long, lean muscles without bulk.

The almost 1,000 square-foot studio is large enough to accommodate 28 participants per class. The space, formerly the backend of Ann Taylor Loft, received a complete overhaul. The interior stands out from most workout facilities, featuring professional woodwork, lighting and modern décor. “We built this space out keeping in mind that people would be coming here to work out. We want them to feel comfortable, welcome and invigorated,” said Anderson.

While renovating the space was quite an undertaking, this particular studio is significant for the fitness chain. The Bend location is Pure Barre’s first in Oregon. The franchise was launched in 2001 by CEO Carrie Dorr. Since then, Pure Barre has opened more than 200 locations in over 40 states. To celebrate the upcoming opening, the studio is offering free classes for all participants, June 16-19.

The studio will officially open its doors for business on Friday, June 20. 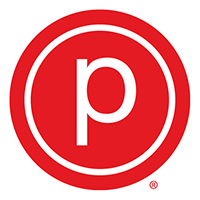