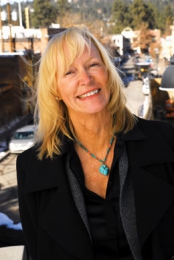 The following are allocations of taxpayer dollars announced during the past two weeks:

•  The Redmond School District is among the seven Oregon districts that will be granted a total of $13.2 million dollars from the federal Teacher Incentive Fund (TIF) to locally design and implement career and compensation reforms.

Each district is participating in the CLASS Project, an initiative that provides school districts with a framework to integrate expanded career paths, effective performance evaluations, relevant professional development and new compensation models. CLASS is an initiative of the Chalkboard Project, an independent, non-profit organization working to strengthen education in Oregon.

•  The Federal Emergency Management Agency (FEMA) has awarded $3 million in Pre-Disaster Mitigation funding to Deschutes, Crook and Klamath Counties to help reduce the risk of wildfire on private lands.

Tied directly to the priorities in the Community Wildfire Protection Plans (CWPPs) and the Natural Hazard Mitigation Plans, this grant is awarded through the State of Oregon Office of Emergency Management and is aimed at preventing the rapid spread of fire through communities in the wildland-urban interface.

•  Continuing efforts to provide Oregon service members, National Guard members and reservists with the equipment and services they need while serving in combat and particularly when they transition back to civilian life, U.S. Senators Ron Wyden (D-Ore.) and Jeff Merkley (D-Ore.) announced more than $28 million in funding as part of the defense appropriations bill.

Amputee Skin Breakdown Research and Development – SAM Medical Products, Tigard – $3 million will produce a medical dressing with a unique gliding dome designed to reduce shear and friction at the wound site, which aids in the prevention and treatment of pressure ulcers (bedsores).

•  The Confederated Tribes of the Warm Springs Reservation will receive $250,000 to assist victims of domestic violence with transitional housing and additional housing support.  The grant comes from the U.S. Department of Justice.

•  Attorney General John Kroger announced an $800,000 federal grant to help combat domestic and sexual violence against pregnant and parenting teens and women. The Oregon Department of Justice Crime Victims Services Division will distribute the money to local non-profits through a competitive process. The nonprofits will hire more than a dozen domestic and sexual violence advocates, who will be stationed in local Oregon Department of Human Services Child Welfare and Self Sufficiency offices to improve services for victims.

•  Oregon was recently named one of six winners of the i6 Challenge, a new $12 million competition held by the federal government to identify the nation’s best ideas for technology commercialization and entrepreneurship. The award will be shared by Oregon’s three Signature Research Centers (SRCs), which were created by Gov. Ted Kulongoski and the Oregon Legislature to spur economic development by turning university-based research into new products, companies and jobs.