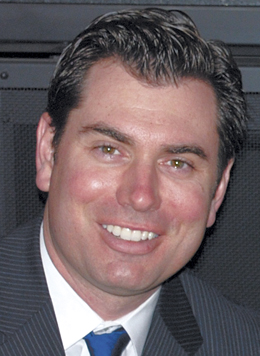 This joke has been running around economics circles: “A Greek, a Spaniard and a Portuguese walk into a bar. Who pays for the drinks? The Germans.” Who says economists don’t have a sense of humor? In the past year, the possibility of Greece leaving the euro went from being remote to being openly discussed. The cost of Greece leaving could be enormous for Greece and for the rest of the Eurozone. European leaders (mainly Germany) continue to work toward a solution that keeps Greece in the euro.

A potential outcome could be the end of the euro. It could survive a departure of Greece, Portugal or Ireland, whose economies are small relative to the euro as a whole, but if Italy and Spain (the Eurozone’s third- and fourth-largest economies) left, the union would be left with three major players, France, Germany and the Netherlands. If Greece leaves, the direct impact on the U.S. would be modest, but it would create uncertainty and could drive interest rates higher for Eurozone countries. Europe is a large trading partner with the U.S., and the indirect impact could stretch across the Atlantic.

There are several alternatives to Greece leaving the euro, and some could be done in combination:

• Greece defaults or restructures its debt, which could lead to private-sector losses and bank failures.

• The Germans foot the bill for the debts of Portugal, Spain, Italy and Greece. Germany could do this to some extent, but its economy (and tax base) is not large enough for this to be the entire answer.

• The European Central Bank prints more money, causing runaway inflation and lenders receiving less in inflation-adjusted terms than anticipated. This could have a similar effect to the first alternative.

• Countries in southern Europe institute reforms, including privatization, reduction in the regulations that discourage growth and reform of unsustainable entitlements.

European leaders have been slow to announce which alternative(s) they will pursue. This is a crisis that has been going on for two-plus years, but the pace of events is quickening. The Wall Street Journal reported in mid-June that 600-900 million euros per day are flowing out of Greek banks, and it stated that Greeks who can’t move money or themselves abroad are “hiding money in jars, under the bed, even burying it in the mountains.” This appears to be the beginning of a bank run. Even if the short-term issues get resolved, concerns over the future of the euro could persist for years to come.

This is understandably an anxious time for investors everywhere. The crisis has raised questions about not only the sustainability of sovereign debt burdens in Europe, but about the future of the common currency experiment.

At a wider level, investors globally are expressing concern about the impact of the crisis on economic growth rates and the financial system itself.

However, the extent of uncertainty—as expressed in market prices—is nowhere near the levels reached during the Lehman crisis of late 2008.

It is also worth noting that policymakers in the major economies, both inside and outside Europe, have made contingency plans to ensure liquidity is made available in the event of any future strains in credit markets.

All investors need to be sure that their investment advisor(s) are closely watching developments and stand ready to review the status of Greece and other Eurozone participant countries should the circumstances merit it.

A pragmatic investor would have zero exposure to Greek government debt currently and would exclude Greek debt from their Investment Policy Statement. Also, while selling European stocks now may seem prudent; remember these risks are already factored into today’s prices. Further, the outlook for markets looked bleak in March 2009, right before a bull market for the last three quarters of 2009. It is not easy to remain patient during difficult times, but investors are rewarded for bearing risk at the exact time when it is most difficult to do so.

Jeff Griswold is a Certified Private Wealth Adviser and Owner of Merit Wealth Management, LLC in Bend.  He can be reached at jeff@meritwealth.com or at 888-516-3748.