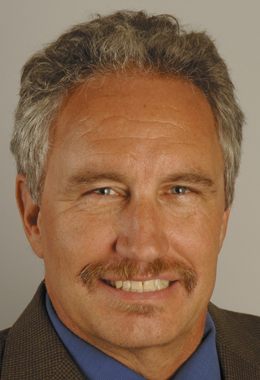 If you play fantasy football, you probably understand the economic principle of scarcity. Generally, there are a limited number of draft picks participants can use to maximize the talent on their teams. So, it’s essential to know which positions and players offer the greatest value. If there are a lot of great quarterbacks and defenses available, then running backs, tight ends, or wide receivers may be the most valuable picks early in the draft. If you get a top player in a position that has little depth – a scarce and sought-after resource – you have a valuable asset.

The Value of Water and Diamonds

Hundreds of years ago, in The Wealth of Nations (published 1776), Adam Smith discussed the paradox of diamonds and water when he asked:[2]

“What is it that determines the rate at which different products are exchanged? The word value has two meanings – one is value in use, the other is value in exchange. Water is extremely useful, but has almost no exchange value, while a diamond is largely useless but has enormous exchange value.”

The question was confounding back in the late 1700s and early 1800s. Today, economists explain the disparity with marginal utility theory: Diamonds are rare, so each one is a prize. Water is plentiful, so an extra cup has little value.[2]

Water is a Scarce Resource?

The water-diamond paradox is particularly interesting today because water is becoming scarce and diamonds, while still a potent symbol of love and status, aren’t nearly as rare as they may have been in the past. In fact, according to a variety of sources, gem companies aggressively control the supply of diamonds that come to market in order to maintain the perception of scarcity and keep prices higher than they might be otherwise.[3]

Water, on the other hand, is a finite resource that is in high demand. Most freshwater is used for agriculture and industry, including power production. About 8 percent goes to cities and homes for drinking, washing, and watering. It’s important to note that fresh water is not abundant. Of all the water on Earth, just 2.5 percent is fresh. Of that:[4]

As populations around the globe have grown larger, demand for water has expanded and water scarcity has become a pressing issue. In fact, water scarcity is expected to be one of the greatest challenges of the 21st century. According to ScienceDaily.com, water scarcity, “…Affects every continent and around 2.8 billion people around the world at least one month out of every year.”[5]Last summer’s Amyotrophic Lateral Sclerosis (ALS) Ice Bucket Challenge focused some attention on water scarcity when it was replaced with a “Rice” Bucket Challenge in India, where many people suffer from a lack of sanitation and clean water.[6] Overall, by 2030, demand for water is expected to exceed supply by 40 percent.[7]

Although water remains relatively inexpensive in many developed countries, it has become more expensive in recent years. According to Circle of Blue (an organization founded by journalists and scientists to provide actionable information about the world’s water issues), the average cost for a family of four using 100 gallons of water per person per day (medium usage) has increased by 33 percent since 2010. In 2014, the increase is 6.2 percent, which is the smallest year-to-year change in the five-year history of the survey.[8]

While water scarcity is a cause for concern, it also creates opportunities for investment. In fact, during 2013, an expert cited by Barron’s said water is the oil of the 21st century. There are many ways for people to invest in the issue. There are companies that have the potential to benefit from water scarcity. There also are companies working on potential solutions to the problem. Investors could choose to purchase shares of infrastructure (pipes, pumps, and wastewater treatment), utilities (obtain, clean, and deliver water), or water technology companies (conservation, desalination, and other solutions). They also could diversify by investing in some combination of these companies.[7]

Water is just one example of a resource that is becoming scarce. Global population growth is taxing many types of natural resources and creating a variety of potential opportunities for investors including companies that focus on efficient use of resources, renewable energies, and agricultural technologies. As we look to the future, this issue will only rise in importance so it is crucial to have a bifocal perspective of what may impact your life now and in the near future.

The opinions voiced in this material are for general information only and are not intended to provide specific advice or recommendations for any individual.

Investing involves risk to include loss of principal.