You are at:Home»News Pages»E-Headlines»The most dowloaded Apps of 2020 and their emergence in 2021
By CBN on April 9, 2021 E-Headlines

From all preceeding years in this technological age, the year of mobile app was by far, 2020. As closures ensued, astronomical popularity was garenered in mobile apps this year became astronomical, more of this trend bleeds into 2021. Let’s take a look at the apps that performed well during last year and how the surge of interest directly reflected on the download count, helped their developers climb higher in sales and adaptation in the first 2021 quarter. 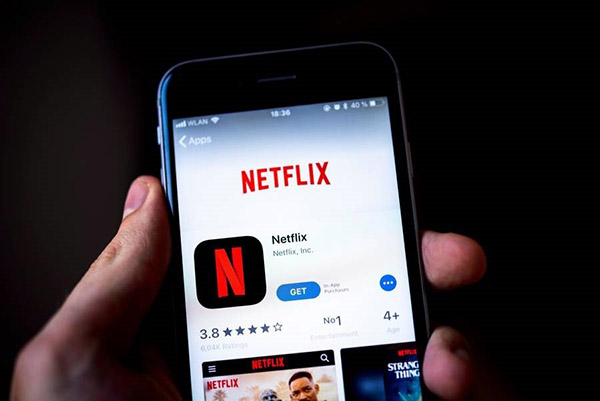 Some of the highest climbers as a genre of app as a whole, were Communication Apps. Contenders like Zoom and Google Meet, with over 477 million and 254 million downloads respectively. This is a large increase of interest in these platforms, as businesses and establishments’ interactions move away from the physical world. These mobile applications, amongs some other apps in all genres, were originally not designed for a mobile platform, however after these were released in their own due time, did never enjoy as much of an increase of downloads as last year. Zoom had also come into trouble with accusations of Chinese censorship however it’s growth never dipped below 2000% year-on-year. Other popular platforms were Microsoft Teams, which did not make it on the top 10 most globally downloaded apps, and Discord, which was extensively used outside of it’s original PC gaming usecase and extrapolated out to serve other things.

Globally however, TikTok seems to have dominated, with 850 million downloads, and is looking up in the first few months of 2021. As TikTok happens to be the only app in the top Global downloads list, that is also available in China, it sees the popularity from both markets. However, it does not form part of China’s 10 most popular apps. In India, TikTok downloads were headed for 200 million download mark, but the government of India banned the app in the early days of July 2020. Apart from TikTok, comes Facebook, Instagram, Snapchat and Pinterest in 4th place with 179 million downloads. This puts Twitter in 5th right after Pinterest, who enjoyed a stock price climbing over 260 percent over last year. The chart is shared however, with the Indian TikTok clones sitting between 8th and 10th place of the most globally downloaded social media apps, with around 55 million downloads each. During last year Instagram offered reels, a way how to show videos and communicate with a system very closely modelled around TikTok’s short-video motif. This also shows how centralised the larger social media apps are, with 5 big names that overarch this year, rendering new clone apps on the top 10 most globally downloaded social media apps.

A parabolic rise in online casino has also been noticed, as users can now use these services from the comfort of their home, and from apps on mobile phones. Among Us was the most popular app of 2020 in the gaming sector, garnering 285 million downloads.

In entertainment, Netflix led the way last year with 233 million app downloads, Youtube following closely at 170 million, and Netflix’s main rival Amazon Prime Video at third place with 130 million. Although these platforms have been around for a while it is undoubtedly easy to imagine how these platforms became popular this year, especially on mobile phones. Subscribtion video streaming keeps pulling ahead in popularity, with Disney+ and Youtube Kids offering the same services but for capturing audiences. These services have become more popular this year and have basically exploded since their inception in 2018. TikTok was definite competition for YouTube as an entertainment choice.

In music streaming, the second most downloaded app was Google’s Youtube Music. Youtube Music seems to be catching up nicely with Spotify, with Youtube Music at 138 million downloads, and Spotify with just under double that.

Some companies behind some mobile apps and services however did not welcome this time. Travel apps like Airbnb did still enjoy 31 million downloads however their usership was not at all fruitful when comared to earlier years. Dating apps like Tinder found less use as people found the risks of meeting people too great, limiting the amount of users that use the platform, albeit the app still managed 70 million, with similar apps like Badoo and Bumble catching up. This however is not fully identical to Uber’s story, as cab service requests and lifts did suffer, however Uber’s Uber Eats still allowed to be the most popular travel app of last year as take-away deliveries become more popular. This trend continues today as restaurants and food outlets run with limited operation.

Other apps that have seen a definite uptick were Google Classroom with 128 million downloads last year, and wellness apps like Mi Fit and Headspace’s Calm.

In some countries, like the UK, India, Malta and Brazil, contact tracing apps shared the top downloads per country rankings with Facebook and Instagram, some of which are required to be downloaded by citizens to base an effective and strategical framework for COVID measures.