You are at:Home»News Pages»E-Headlines»The Telephone – it is a Modern Portable Mini Computer
By CBN on December 16, 2020 E-Headlines

Swiping, scrolling, tapping – what would have been unthinkable even 15 years ago became reality. We are constantly online, spending our time on Social Media watching videos or googling for things like “True Blue casino“. Thanks to the relatively new invention of the smartphone we are able to access all kind of information practically everywhere. We do not even have to be at home in order to video call our friends and family or play games on our mobile devices.

The telephone has by now replaced many functions of the computer. Or in fact it has become a portable mini computer. This development has major effects on our everyday lives. What does this development result in? And how did we get to where we are? What implications do smartphones have? These are just a few of the questions we are trying to answer in this article. Let us start with a quick historical excursion.

The physics teacher Philipp Reis invented the telephone on October 26, 1861. His invention was far from perfect and thus underestimated. And it was only 15 years later that the American Alexander Graham Bell patented the first telephone. The invention of the telephone had huge effects on the global communication. Its role in the globalization and its impact on our lives cannot be overlooked. An even bigger role has to be attributed to the invention of the mobile phone though. 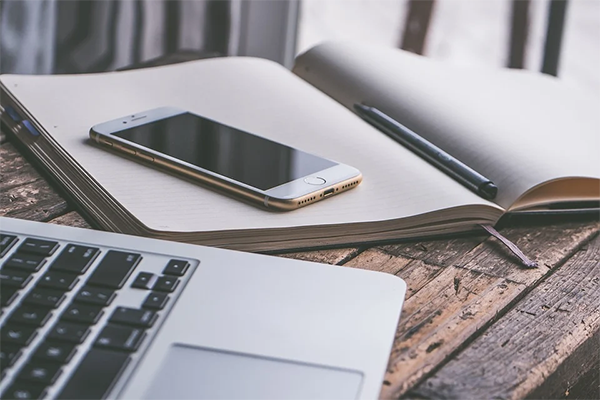 Mobile phones are a rather new technological item with a quickly growing role in our everyday lives. We seem to be fascinated by the growing connectivity and reams of possibilities they are offering us. This new technological revolution in telecommunications started roughly 40 years ago. Ever since we are captivated by the possibility to facilitate our lives, to stay connected and to have access to more information than ever.

It all started with the US company Motorola releasing the first ever mobile phone in 1983. Back then mobile phones were a luxury item. Only very few people could afford to buy one of these at that time very modern devices. But the technological progress soon made it possible for more and more people to own a mobile phone. Throughout the 1990s they became more affordable and started spreading globally.

In the early 2000s the first devices that could be considered smartphones of some kind appeared. At least one could access the internet with one’s mobile phone. However, these smartphones were pretty rudimental compared to the ones we have nowadays. Also, the internet speed was much slower. From the appearance of the first smartphones on the devices and their features became quickly more sophisticated.

The release of the first Apple iPhone changed everything. Mobile phones started to turn into the small computers we know. Currently Apple, Samsung and Huawei are dominating the global market. Former mobile phone manufacturers like Sony Ericsson or Nokia could not keep up with the emerging technologies. Especially Nokia, the producer of the most iconic mobile phones, had a revival in the last years though.

Both companies, Nokia and Sony Ericsson, are also active in developing the 5G technology. They compete with US-companies and particularly Huawei for a share in the contested 5G market. This new standard in mobile communications will not only allow us to have a faster internet connection that is 10 times faster than 4G. It also enables the interconnectivity of things in real time and will in all probability drastically change our lives. How exactly this is going to play out and what possibilities are going to emerge remains to be seen. But we do know what we are able to do with our telephones at the moment.

Mobile Phones – What can they do?

The possibilities modern smartphones are offering are so various, we almost have to ask what they cannot do. In the past years we went from merely calling from stationary phones to actually using our phones almost like a computer. Here are a few things we can do with our telephones that turn them into mini portable computers:

This list is quite short but the effects of these features are enormous. Apart from calling, accessing the internet is indeed the most basic feature of a smartphone. It has become so normal over the last few years that we do not even think about it anymore. But this aspect of smartphones is the most important one in making it a small computer. Of course, nowadays most technical devices are able to connect to the internet. But none of them are as versatile as our phones.

Nevertheless, the internet access of smartphones opens up many more features. For example, we can use search engines like Google to look for all kinds of information. Information is now available everywhere, not only at our computer at home. We can thus use our phone just like we would use our computer. Typing in “ best online casino NZ“ in our phone’s search engine gives us results in a matter of seconds. We can then click on one of the search results and are able to play in one of the best online casinos in New Zealand. It doesn’t even matter where you are. Thanks to our smartphones entertainment became available everywhere.

This brings us right to the next point – applications. Computer programs have been replaced by applications, “apps” in short. There are countless apps we can download. Some are gaming apps we can use to entertain ourselves; others are more practical and help us with different things. Gaming apps are a popular pastime that have replaced board games and even computer games to some extent. If you are keen on playing casino games with real money, there are unfortunately only very few apps available. However, most casino providers did optimize their websites for the mobile use. Hence, you just have to use your mobile device to access the website in order to play as you normally would. 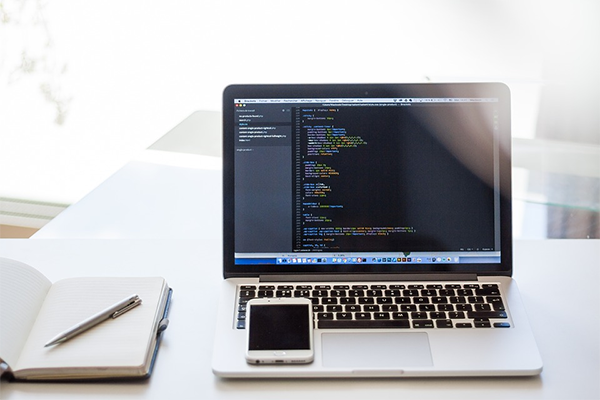 As mentioned, gaming apps are just one kind of applications we can use on our phone. In fact, most of the things we can do with our smartphones require an app, the specific software, to function properly. The same accounts for the social media platforms most of us use on a daily basis. What they do and how they work does not need to be explained. Other apps even exceed the capacity of a stationary computer as they are based on movements or tracking our location so we can find our way and so on.

Another feature that turns modern mobile phones rather into a small computer than a normal phone is the possibility to video call people. Before mobile phones got a front camera, we depended on our computers and a webcam in order to see our loved ones face to face via the internet. Smartphones now allow us to facetime or video call with everyone from everywhere and whenever. All we need is an internet connection.

We have now seen some of the things that make a smartphone a portable mini computer. Besides the technological components it contains, it mostly is the way we use it that determines what it is. In the future we will see even more potent smartphones. Additionally, to the functions they have nowadays, experts expect us to be able to control most of our lives with our phones. Most things will be connected via the internet and our phones might become the remote controls. The precondition is only a bit more technological progress as for example through the upcoming 5G technology. However, all this does have its disadvantages as well.

The Telephone as a Mini Computer – Perks and disadvantages

The technological development usually keeps its promises. Namely to facilitate our lives and make our everyday actions easier. Smartphones do make us smarter; solely by giving us access to a vast amount of information whenever and wherever necessary. They make us more mobile. We can fulfill tasks on the go, independent from our location. We do not even have to carry a laptop with us. Most of us do have a smartphone on ourselves at all times anyways. And smartphones connect us; we can stay in touch with people all around the globe at any given time. Calling our loved ones on the other side of the globe does not pose any kind of problem anymore.

But as always there are two sides of the coin. By being constantly online we produce lots of data that is being used by different parties for various purposes. To give an example, studies show that Facebook knows us better than our parents or our spouses. Being constantly connected and reachable can expose us to a lot of stress. We barely have any time for ourselves or the people around us. We constantly have the fear of missing out. Something might have happened somewhere on our social media channels that we did not see. Hence, we end up glued to our phones and miss out on real human interaction.

Despite the negative sides we can count ourselves lucky to be able to have so many opportunities available. No generation prior to ours could use mobile devices in the way we can. In the future smartphones will improve further. Computers will remain more powerful given their size. The built-in technology can offer more processing power than a smaller. But smartphones are still a very good alternative to use on the go. And they can replace most functions a computer fulfills. For everyday use the computing power of a smartphone should be enough to get us through the day.