You are at:Home»News Pages»E-Headlines»Why Living with Bats in Your Home Threatens Your Health
By CBN on January 22, 2021 E-Headlines

If you have bats in your home, you are likely very concerned about the damage and health hazards they will cause. It is important to note that bats can be very harmful to you and your family’s health, as they carry all sorts of potentially fatal diseases that are very easily spread to humans. Since there are so many health hazards with bats, it is important to prevent bats from coming into your home. 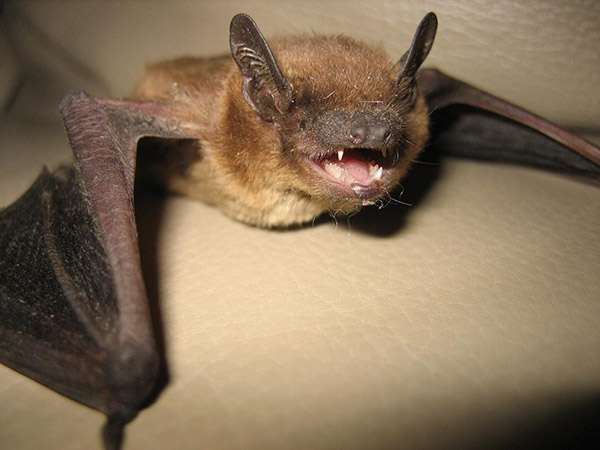 Bats carry what is known officially as zoonotic diseases. This simply means that the diseases they carry can be spread from an animal (the bat) to a human. There are many different ways, or transmission methods, through which these zoonotic diseases can be spread to humans by bats. The most common transmission method is through a direct bite from the bat to the human. A human coming into contact with any bat feces, urine, or saliva can also spread diseases. Another hard to detect and very serious transmission method is direct food contamination. What can happen is that bats will come to any of your food or food preparation areas and contaminate them with whatever diseases they are carrying, causing a very serious threat to you and your family’s health. Finally, bats can actually also carry bat bugs, which can also threaten your health. Now that you have seen the number of ways in which diseases can be transmitted, you can see how important it is to get rid of bats as soon as possible.

Histoplasmosis is one of the most serious diseases that is mentioned when considering the diseases bats carry. When a bat leaves its feces anywhere, it is likely that its feces may contain histoplasmosis, a fungus that thrives in bat and bird feces. If a human inhales when these fungal spores are present, they can get the disease. It can be hard to detect histoplasmosis at first symptoms, as they are similar to many illnesses. Chest pain, headaches, fatigue, fever, and shortness of breath are all symptoms commonly exhibited. Depending on genetic makeup, humans may have a mild or severe case. Luckily, this deadly disease can be treated through antifungal medications. Learn more about histoplasmosis here.

While it is likely very rare that any bats located in the United States would be carrying the Ebola virus, it is always a slight possibility. While no bats carrying it have been discovered in America, there are many millions of bats that are not tested. Ebola is a very serious disease that has a mortality rate of around 50% making it incredibly deadly. This is just another reason to get rid of bats as soon as possible.

One of the more distasteful problems that can be caused by bats is their penchant for carrying so-called bat bugs. These bugs are parasitic creatures that live on bats and in their nests. They survive primarily by sucking on the blood of their bat they ride around on. When found in homes, these bugs often are identified as bed bugs. Also, whenever they are found in someone’s home, they need to check for bats immediately, as bat bugs are almost certainly only found where bats are present. Living with these bugs can spread further disease to you and your family.

Finally, rabies is one of the most famous zoonotic diseases, as it has been portrayed in countless movies, TV shows, and books. Left untreated, rabies can kill humans, as it is a very serious viral infection that takes hold of the brain and causes serious problems. Rabies is most commonly spread to humans by bats through a direct bite. Like most other zoonotic diseases, initial symptoms are very similar to flus and other common viruses. These symptoms generally start out as a general feeling of sickness, fatigue, headaches, a fever, and general body discomfort. At its most serious, untreated stage, rabies can cause fear of water, delusional behavior, and, eventually, death. If a human has contracted rabies and is scared of water and delusional, they are likely too far gone to survive the illness. Luckily, there is a treatment available for rabies that is absolutely effective in curing humans.

If you have ever been bitten or scratched by an animal, or have reason to believe you came into contact with an animal, be sure to get checked out by medical professionals as soon as possible.