You are at:Home»News Pages»E-Headlines»How Jason Hughes of San Diego Leveled the Playing Field for Commercial Tenants
By CBN on August 13, 2021 E-Headlines

Jason Hughes is no stranger to making headlines for negotiating and advocating on behalf of commercial tenants in San Diego and beyond. He has transformed the flawed business model of commercial real estate into a powerful paradigm throughout his career.

Back in the 1980s, Jason Hughes says he was just a junior at Pepperdine University when he landed his first commercial real estate gig at Cushman & Wakefield in the Century City area of Los Angeles. 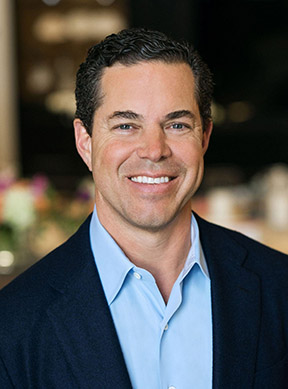 “I started in the business when I got my real estate license very shortly after I turned 18,” Jason Hughes said. “I was involved in a couple of residential sales. I put myself through college at Pepperdine completely on my own.”

After graduating, Jason Hughes moved to San Diego to begin his career. “I worked at a company called Grubb & Ellis, which is now Newmark, and I got put on a landlord listing,” Hughes said. “It was the largest building in downtown San Diego at the time called Symphony Towers.”

Typically, rookies work as runners under a senior broker. But the owners of Symphony Towers wanted to have a younger broker on the project in-house, so Hughes jumped at the chance.

“I was really good at leasing out the building,” Jason Hughes said. “I was 22 at the time, but I looked like I was 16, so that was kind of funny, but I look back at these pictures and just think, ‘Wow. I was very successful.’”

“These two guys started tenant representation, which was brand new,” Jason Hughes said. “That kind of thinking hadn’t been done in San Diego, and it had started in New York.”

Hughes admits he crushed it his first year. “In year two, we did 46 transactions, but I was responsible for 43 of them,” Hughes said.

Word caught on about his talent, and Jason Hughes’ biggest competitor soon agreed to join him. “These guys were 20 years older than me. And I said, ‘Why don’t you and I do this? I mean, we could just really do great things.’ So, I convinced him,” Hughes said.

“His name was Craig, and we had a partnership for 18 years, and we were the dominant company in San Diego during those 18 years. I was president and ran the company, and the last decade of our partnership, he stopped working, essentially, but we were still 50/50 partners.”

Eventually, the partnership ended, but well before that, Hughes discovered something bigger. “Once I joined the sales manager and the real estate attorney for tenant representation, I felt like I was home,” Jason Hughes said. “I was only representing tenants. I understood landlords and how they financially modeled their deals. I understood where all the opportunities were for tenants to capitalize on the market. I also felt these tenants are the only reason that there are office buildings, property managers, and profit to be made for anybody, including brokers. It’s a direct result because the tenants are the ultimate consumer, but the industry’s philosophy is that the landlords are the ultimate consumer. Why aren’t tenants getting better protection?”

“Because the landlords have all the money, all of these tenants are kind of all scattered. There’s no union for all the tenants,” Hughes said. “Meanwhile, all the landlords have BOMA, which [stands for]Building Owners and Managers Association. All the architects are beholden to these landlords. All the brokerage firms are beholden to these landlords. I mean, there’s a fundamental, truly flawed aspect to commercial real estate brokerages.”

In 2011, Jason Hughes, his wife Shay, and David Marino formed Hughes Marino. Hughes immediately identified with how Jeff Bezos transformed Amazon. “He was looking at how the consumer got the best deal,” Hughes said. “Well, you cut out the retailer, right? You go from wholesale to the consumer. We’re providing a similar value to our ‘consumers’ where we’re getting our clients the best deal because we’re not beholden to any of these landlords. Our concern is getting the best deals for our clients, which are companies that lease space or purchase space.”

While most of Hughes Marino’s clients don’t have expertise in commercial real estate, Jason Hughes utilizes his 30-plus years of experience within the industry to help these tenants thrive and survive. “I’m passionate about it,” says Hughes. “I am very focused on building an amazing company whose role is to help companies get the best real estate outcomes possible. We provide our team with unprecedented technology and support, and in turn, they get better results for our clients with their leasing or purchasing of commercial real estate. I feel like we are truly champions of the underdog —companies instead of landlords — and leveling the playing field within the industry.”