New residents to Central Oregon, desiring housing, learn about the cost of renting or buying from a local realtor. And Central Oregon Association of Realtors (COAR) members are addressing the difference between what a house costs to rent or own and middle income wages. In Bend today to buy the median priced home, a wage earner has to earn significantly more annually than the median income as reported for the region.

The Oregon Association of Realtors (OAR) co-sponsored Oregon House Bill 4007, which the legislature sent to Governor Brown last month. As of this writing, it is on her desk, and an OAR source expects the Governor to sign the bill.

The bill creates a First Time Home Buyer Savings Account, a means by which the individual can get a break in saving monies to buy a home. 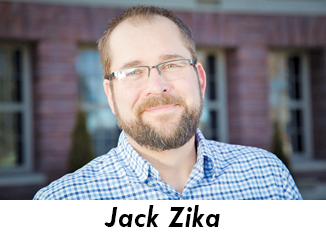 Jack Zika, broker, OAR State Director, COAR Board member, and resident in Redmond, says, “COAR works with Central Oregon cities, counties, businesses and individuals to bring down the barriers high cost housing create for individuals, and the economic health of our vibrant region.”

Zika says the cost of housing is a serious issue for living wage families; and that the region needs to stabilize its boom/bust economic cycles in the future. He is confident business and community leaders will undertake steps to secure a regional economy that supports middle class individuals and families.

Damon Runberg, Oregon’s regional economist, says the housing issue in Central Oregon isn’t simple. There is an insufficient supply of homes and the pace of permits granted is slow, half of what the pace was in 2005. Runberg reports Bend has its unique housing cost issues. Low supply is real. And the demand for housing, in part, is coming from in migration of people with financial resources (proceeds from selling home in Seattle and seeing Bend prices) and retirees with comfortable net worth assets.

He continues, “Other factors come into play—cost of construction labor, given the Great Recession chased plumbers, carpenters and electricians out of Bend and they didn’t return.”

Runberg and Zika foresee expensive housing and moderate wages continuing into the foreseeable future. But, Runberg balances that scenario with, “Deschutes County wages are increasing as employers hire more employees to meet their customers’ demands.” (See accompanying graph and chart.)

Runberg digs into his statistical base and reports the cost of living in Bend is the same as in Portland. Comparably in job categories and wages are reaching dollar for dollar in select professions for the two cities. But, unlike Portland, Bend has a miniscule population of employers requiring a large workforce. So the range of starting wage categories is limited.

For now Runberg says it is impossible to break the deadlock between present wage levels and high priced homes. Independently he and Zika agree multiple “course corrections” are being studied and applied, so the future Bend isn’t just the upper income enclaves and the struggling families relying on government efforts to provide “affordable housing.”