You are at:Home»News Pages»E-Headlines»What Are The Things Involved In A Class Action Lawsuit
By CBN on November 3, 2020 E-Headlines

Being harmed as a result of someone else’s negligent actions can be very frustrating. However, not all of these situations can give rise to an individual claim seeking for compensation, especially if it’s too small to be worthwhile. Because of such, filing a class action lawsuit can be an excellent option.

Primarily, a class action lawsuit pertains to a legal dispute brought by a group of people against a single defendant, more specifically a corporation. It’s also one of the common examples of commercial litigation, which is usually intended for situations whereby many individuals have sustained similar injuries caused by the defendant’s actions, and the damages claimed by each plaintiff are too small to be filed individually.

However, if you’ve heard about this legal concept for the first time, keep reading this article to learn the things involved in a class action lawsuit. 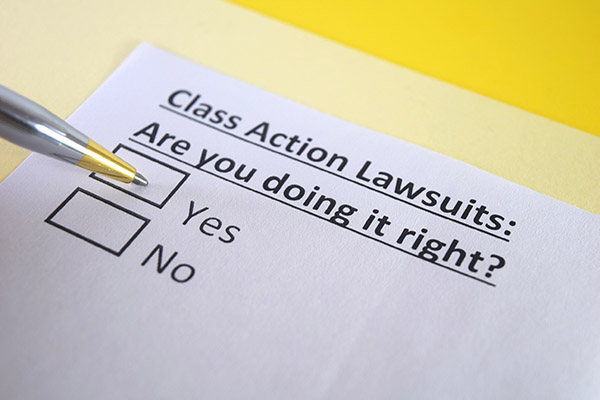 One person is answering question about class action lawsuits.

However, the process of certifying a class is never easy. Ultimately, you need to satisfy the following prerequisites:

After the lawsuit has been resolved, the lawyers working on the case will notify the class members about the settlement or judgment, and their option to opt out of the suit and file a separate action. Typically, the notice will outline the facts alleged in the suit and describe the group of people who may be entitled to claim part of the judgment.

However, when some of the class members fail to get their compensation within the deadline, the money may be returned back to the defendant, distributed among the remaining members who claimed their compensation, or donated to a charity or non-profit organization.

There’s no doubt that a class action lawsuit can be an excellent legal action to take especially if you, along with other individuals, are victims of defective products, false advertising, unlawful employment practices, and many other causes. Luckily, the process of filing one doesn’t need to be difficult if you keep the information mentioned above in mind and you hire an experienced class action lawyer to handle the job for you. That way, you, along with other members, will recover compensation and get the justice you deserve against the defendant who wronged you.